For the first time since 1984–86, the cult comic strip featured in Crash and Zzap!64 magazines will be published as a complete story in a 52-page book.

This collectors’ edition penned by former-2000AD editor Kelvin Gosnell and drawn by Oliver Frey is being reprinted from the digitally remastered originals – apart from three pages, for which the artwork went missing.These are being accurately repainted from the printed version by Oli at the moment (although, strangely, the original balloon overlays exist…).

Fully priced, inclusive of delivery, at £18.95, copies can be preordered at oliverfreyart.com for an exclusive introductory offer of £17.95 until the end of September. And in addition, the first 50 copies ordered will be sent out personally dedicated and signed by Oli. The offer went live on 2 August and has already attracted a
lot of attention and pre-orders.

With a short foreword by the Newsfield co-founder and former editor of both Crash and Zzap!64, Roger Kean, publication is set for early to mid-October. Pre-ordering requires no up-front payment, which will be advised at the time of publication and made through PayPal.

You can see the original PDF release here.
Top

Here's a look at the front cover of the book: 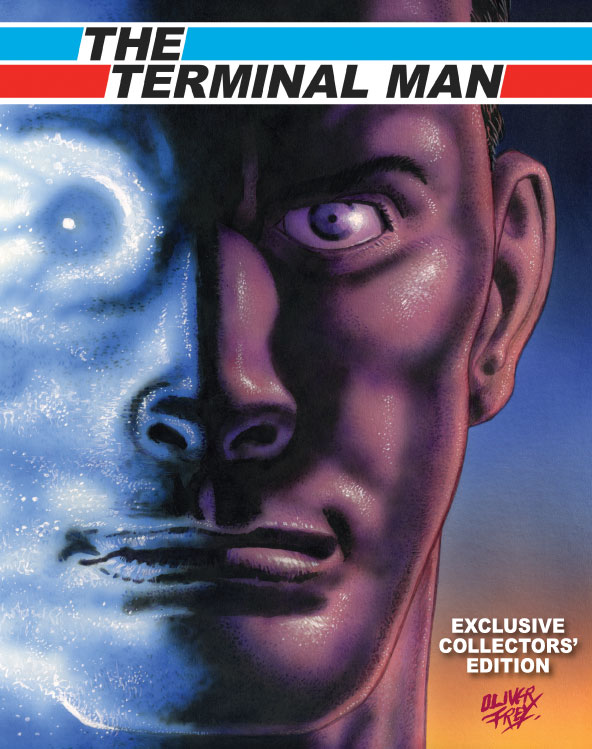 That would have made an awesome loading screen back in the day...
Compilation64 | Cosine
Arkanix Labs
Top

Yeah, and Thalamus would have included an extra animated version with scrolly message on the disk

Received mine yesterday, signed by Oli

Issue 84 of Retro Gamer (due out in December 2010) will have a feature on Oli Frey and The Terminal Man...
http://c64goldenyears.com
http://blog.myspace.com/merman1974
http://members.lycos.co.uk/merman64

Thanks for that, do you know when in the month it's out?
Top

Due in shops Thursday 9th December, subscribers will probably get it the previous Saturday...
http://c64goldenyears.com
http://blog.myspace.com/merman1974
http://members.lycos.co.uk/merman64

Well, I didn't get my copy in the post until Wednesday due to the snow, but it's a very good article with input from both Oli and Roger...


Best of all is the cover - a re-creation of Issue 9's Christmas scene!
http://c64goldenyears.com
http://blog.myspace.com/merman1974
http://members.lycos.co.uk/merman64

It's a great cover... pity it's all digital otherwise I might have been interested in acquiring it

Watched the film for Terminal Man the other day. For me, it's perfect. But i'm sure, half of today's viewers with their short attention spans will likely be permanently disappointed, complaining that this film is too slow.
[url=http://www.rsstoolchest.com/]RSS Tool Chest[/url]
Last edited by bolivio on Mon Jul 22, 2013 3:17 pm, edited 3 times in total.
Top

Nothing to do with Oli Frey as far as I know, although the latter one sounds like it could be related by the description!

:-D Nothing to do with Oli Frey as far as I know, although the latter one sounds like it could be related by the description! ;-)[/quote]

The first one is based on a Michael Crichton novel. It was quite an interesting read, from what I remember.
Top
Post Reply
14 posts • Page 1 of 1